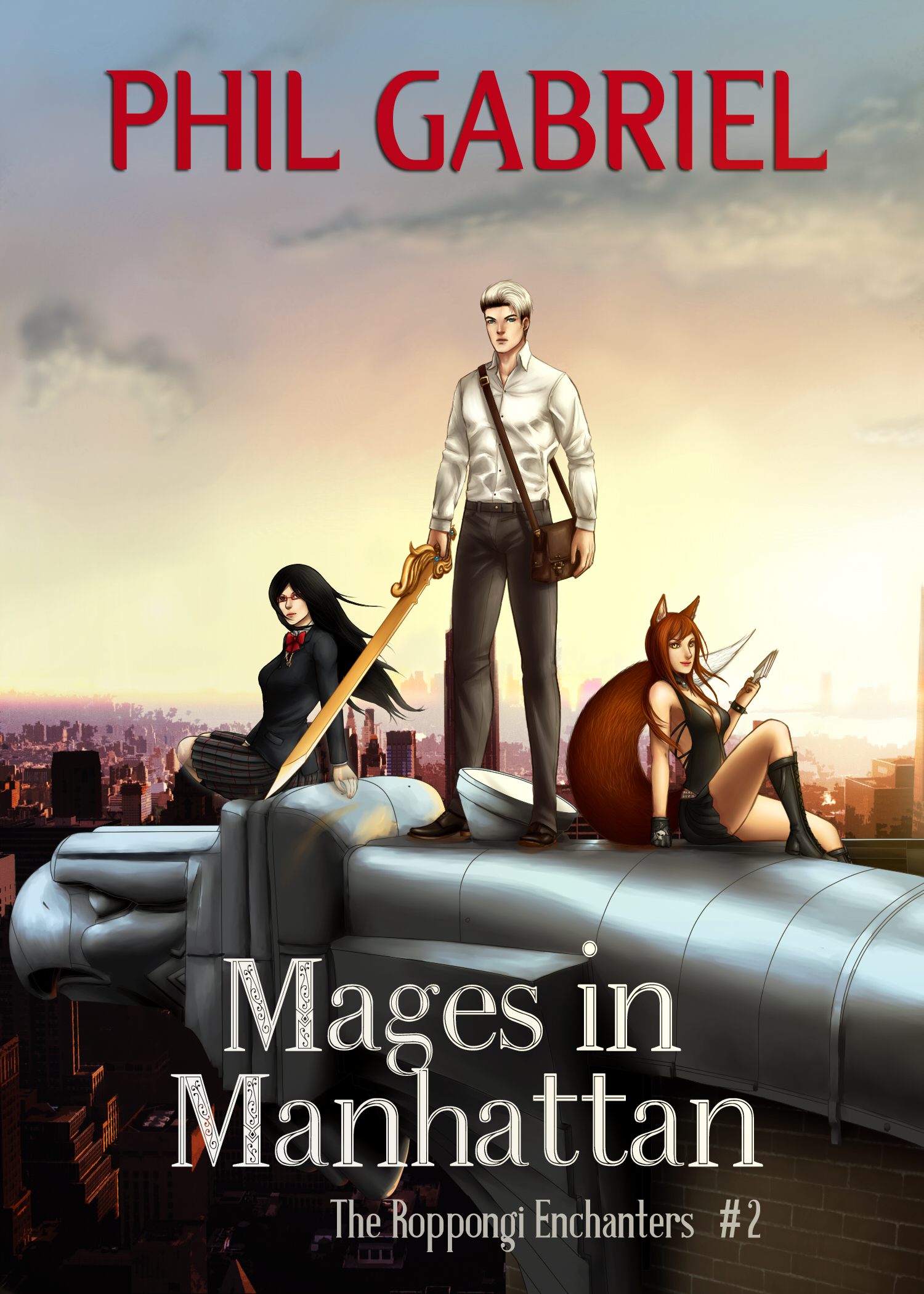 After his battle with Jorōgumo, Scott is battered psychically and physically, rapidly aged to near-death. He only wants to rest and recuperate to regain his youth.

A business reversal that threatens his income, as well as many of his projects, forces him to schedule a visit to New York City. The city whose Witches Council banned free Mages like Scott over one hundred years ago.

At the height of his powers, Scott laughed at the ban. Now, knowing that his weakened condition makes such a trip risky, he asks his ally from the battle with Jorōgumo, Kitty-Sue, to accompany him on the business trip as his bodyguard.

When Kitty-Sue jokingly refers to their upcoming travel as a “honeymoon,” Akiko, Scott’s Mage apprentice, also insists on coming.

Scott just wants to take care of business and return to Tokyo.

A pack of Wolf Shifters has other ideas. They want Kitty-Sue to use her Kitsune magic to help them defeat the other Shifter Tribes in their territory, making them the new masters of New York.

Once Kitty-Sue is kidnapped, Scott must turn to another old friend for assistance. Jackie, the spirit that inhabits the Statue of Liberty. Jackie is a powerful mystical entity who can help solve Scott and Akiko’s problems. She might even be willing to overlook that fact that Scott hasn’t called her since their last date in the ‘80s (to see Ghostbusters); if only Akiko hadn’t referred to this trip as the trio’s Honeymoon.

Beset on all sides by the Wolves of Wall Street, the Witches Council, and a jealous god level entity, can Scott and Akiko survive as the only remaining “Mages in Manhattan?” 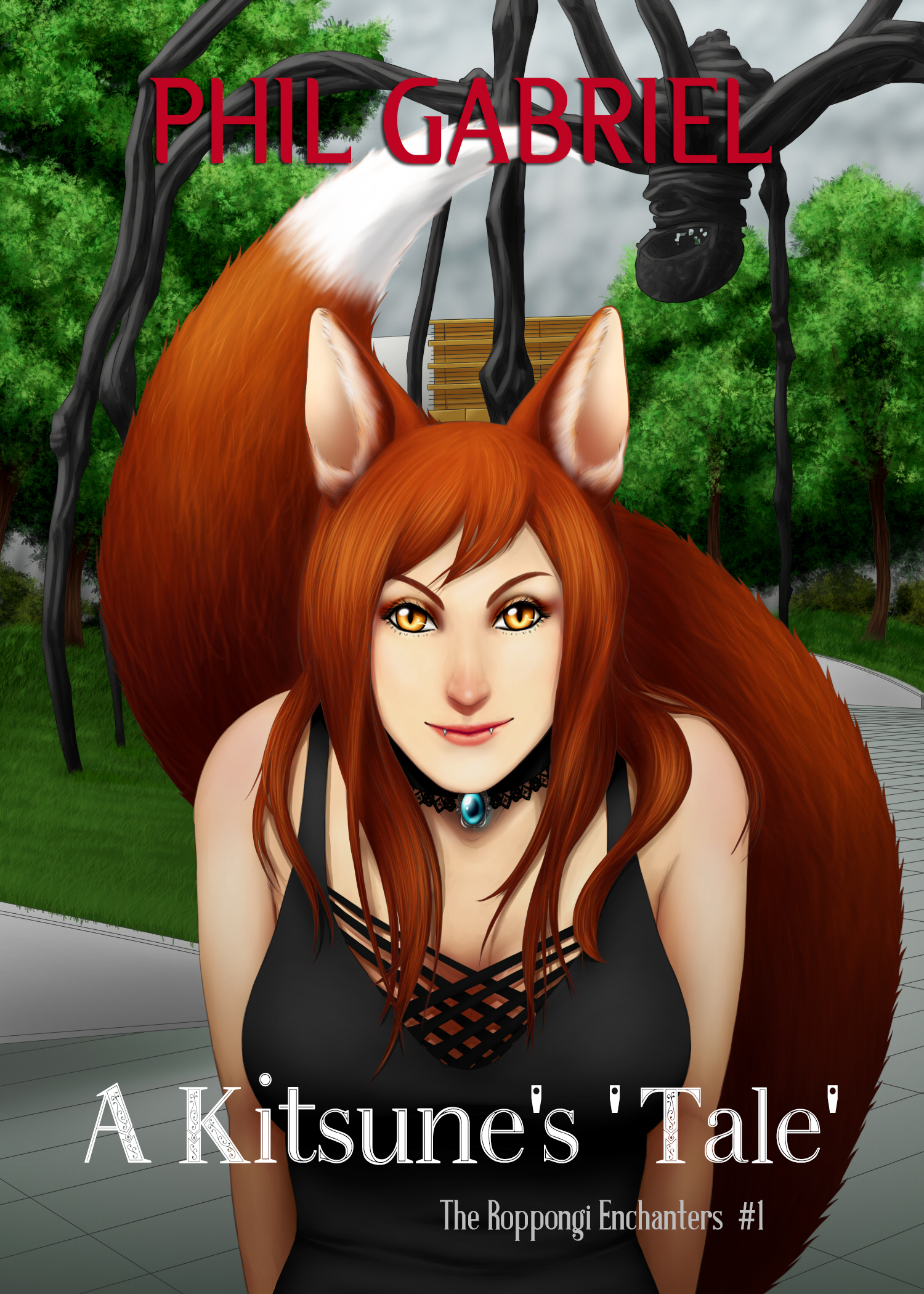 An Excerpt from A Kitsune’s ‘Tale’ (The Roppongi Enchanters, #1)

With cat-like grace (and she would hate to hear herself described that way) she placed her left hand on the handrail and leaped from the downward moving escalator to land lithely two steps ahead and facing me on the upward moving escalator. The momentary flash of her panties distracted me until I felt the thump of her landing. Unlike the purely spiritual creatures, like my ghost student, Kitsune have a physical presence in our world. No one seemed to notice her acrobatics, either through some type of “you-don’t-see-me” spell or through natural Japanese composure. She was clad in a glamour that obscured her inhumane aspects. I shifted focus and could see her true form. Eye level with her lower set of breasts, I raised my gaze to meet her eyes as she spoke. She was beautiful in a way that promised endless nights of pleasure. I was instantly on my guard; the most powerful spells are not woven with magic…

“Scott is a not-so-ordinary western guy living in Tokyo, Japan. He has a secret life, one that involves ghosts and magic. One day, while making his rounds on the Tokyo Metro Roppongi Station, he encounters a ghost girl, Akiko.

Akiko is bound by magic and obligation, unable to leave the station. Scott can help her become free, but doing so could unleash unnatural forces, destroying them both.

The question is, will Scott make the right decision?”

To get a free copy of this book, click this link.

“The coffee smells good,” she said.

Glancing up, I was surprised to see my ghost girl. It takes a lot of willpower to break away from the location or object they are tied to, even for a short time.
Before responding, I extracted my iPad from my satchel and brought up the Skype App and inserted a Bluetooth device in my ear. Now I could talk to the invisible girl without looking too insane.

She made a disappointed face as she ran her hand through the coffee cup in front of me. She was only partly in this world. To her, it was an empty hologram, although a fragrant one. It’s strange that aromas and scents carry over, but not much else.

I motioned for her to sit across from me. She made a small bow before sitting, and then carefully placed her backpack beside the chair. She sat primly, knees together, feet flat on the floor, with her hands clasped on her lap. Only a slow up and down motion indicating she was not really “on” the chair.

Joining my hands around the cup, fingertip to fingertip, I slowly pulled them apart, concentrating on Schrödinger’s spell and adding energy. At least my version of the spell didn’t require sacrificing a cat. There were now two cups, one in each hand. The cup in my right hand was faintly translucent. I pushed the spirit cup to her. She poked at it gingerly with her forefinger, a surprised look on her face as her finger hit the cup and stopped.