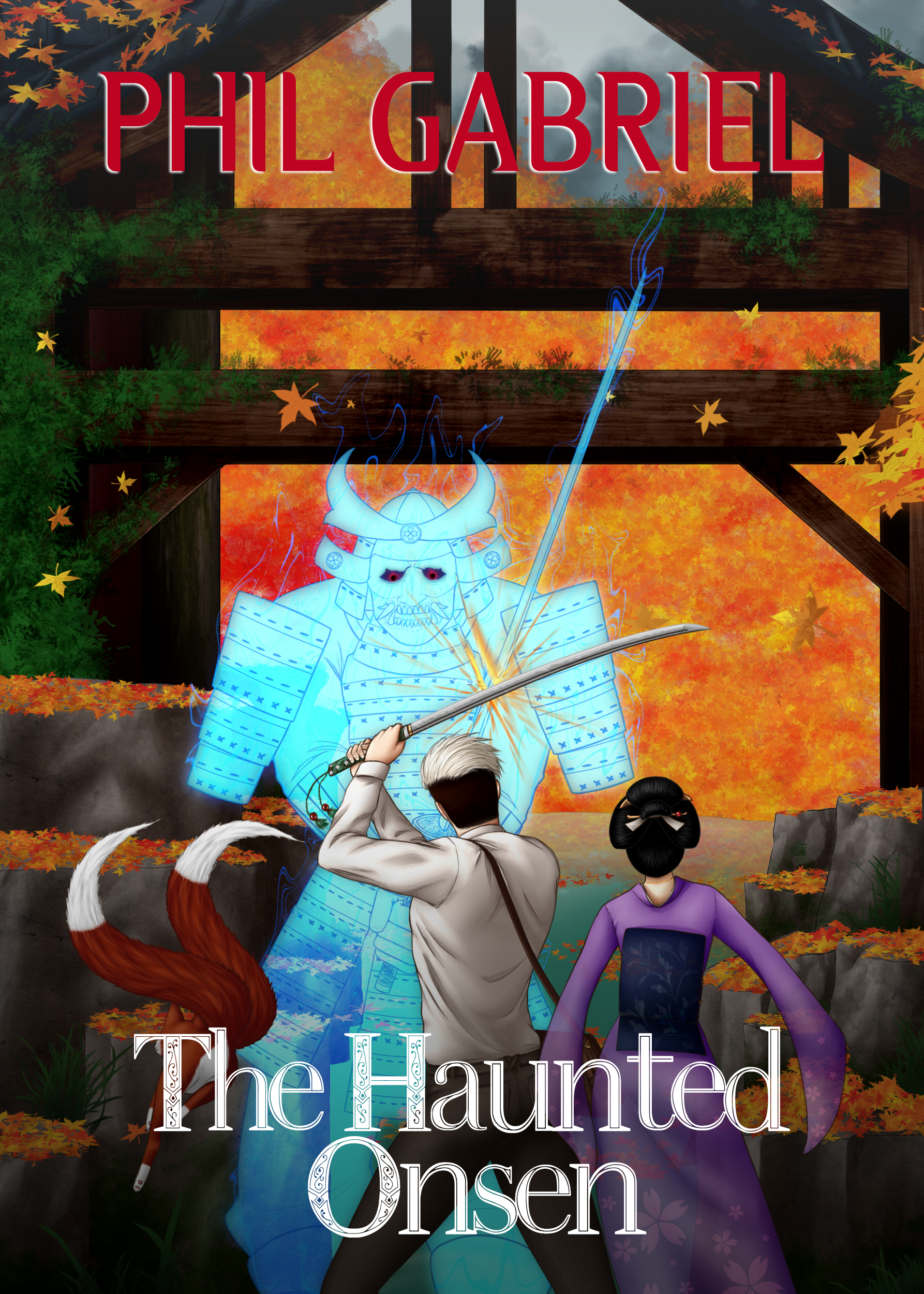 The reason I’m behind? Well, I had about 45,000 words written when I decided to revamp the novel. The first book taught me a lot about storytelling. I have a bad habit of packing too much worldbuilding into my books. Doesn’t everyone want to know my theory of multi-spectral magic? As it turns out; no. I also had a Yakuza subplot that expanded too far and led away from the action.

The reason I’m happy? The newly revamped plotline reads much better to me. I’m at about 40,000 words, and the book is much better. I’m looking to have the novel completed by mid-June, with a publication date soon after that.

Don’t worry, even after the cuts, there are still lots of the things my fans crave; magic, mayhem, cute kitsune ninja assassins, a sexy ghost that longs to be touched, an insane Samurai Ghost that longs to kill, a different school of magic, a trip to Thailand and the amazing mythical creatures that live there, a certain copyrighted Jungle Lord (He’s immortal, and a magician. I bet ERB never told you that), and his Lady, Jane.

And just to keep it interesting; there’s a lake on a volcanic piece of land in Japan, called Lake Ashi. The nine-headed dragon of Lake Ashi was a man-eater who was tamed centuries ago by a famous priest. Well, the dragon has a granddaughter who took over the family business. She’s a man-eater, but of a more modern sort. When she meets Scott, decked out in his dragon blood tattoos and with a bag made from the skin of a dragon, sparks fly. And of course, we have Princess, the magical sword.

If you can’t tell from the above, I am having a hell of a time writing this. I can’t wait to get to the end and see what happens. OK, I’m lying, I know what’s going to happen. If you want to find out, sign up for my newsletter so you can be informed when the book goes on sale at Amazon.

Below is a teaser from the first chapter –

***
The arrow released by the ghost Samurai bowman hissed as it passed my left ear. I took a deep breath and slowed down time. The next arrow came towards my chest and would have pierced my heart if I had not side-stepped and turned. The third arrow floated toward my head. I reached up to grab the shaft, anxious to show my contempt for his weapon. I was surprised when the arrow sent a high-voltage shock through my hand and down my left side, before fading away. Shit, I’m supposed to be immune to shocks.

Now my left arm hung limply from my shoulder. Obviously, his arrows had something extra going for them. Keeping the speed increase, I decided that retreating was in order.

I backed up to the edge of the clearing as he tracked my movement with his nocked arrow. Damn, he was fast enough to track me even at my highest speed. Goddamn ghosts and their refusal to follow the laws of physics.

Upon reaching the edge of the clearing, but still inside the Onsen’s wards, I quickly ducked behind a large cedar tree, hoping to catch my breath and wake up my dormant arm. A few deep breaths, inhaling the aroma of cedar, helped immensely. I saw the spiny needles of cedar leaves hang in the air, knocked from the tree by my passage. Letting go of time, the world sped up around me, and the cedar needles dropped to the ground. As I started to feel pins-and-needles in my arm, I heard the voice of my ghost apprentice, “Scott-Sensei, those arrows will go through the trees.”

Crap. I dropped quickly to the ground. Three ectoplasmic arrows flew through the tree in a vertical line. Head, heart, and balls would have been hit if not for the warning from Akiko. Laying on the ground, breathing deeply, I found myself nose-to-nose with a red-haired fox. The fox stared at me with her slit eyes, seeming to enjoy my discomfort. On her white chest fur was a heart-shaped patch of red fur. Around her neck was a small black leather collar, embedded with jewels.

“Go find your own hiding place,” I whispered to the fox while scrambling backward on hands and knees. The fox scampered away, wagging her two tails.

Akiko wisely stayed invisible as I scrambled, still hampered by a weak arm, putting more distance between me and the bowman. After another dozen arrows had been sent my way, I muttered, “When is this asshole going to run out of arrows?”

“Scott-Sensei, he has an inexhaustible supply of arrows,” said Akiko.

I could back beyond the Onsen’s wards, preventing the Samurai from attacking, but that wouldn’t help complete the mission. I did have a ward against ghosts that should also stop the fusillade of arrows, but it would require some preparation. At least he wasn’t coming into the forest after me, giving me time to recover and prepare for the next phase.

My mind flashed back to the call that had started this misadventure.

***
I also have a new cover designed. Take a look below. 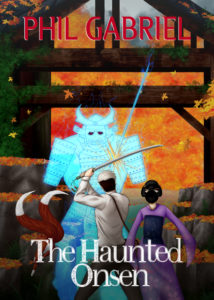